Thanks to our wonderful Nosferatu Coord, Tyler, for taking some of his personal time to answer our questions and let the Org get to know him a little more personally!

Tell us a little about yourself.
Let’s see here, I’m a thirty one year old male that lives in Central Illinois.  I played college basketball, enjoy on-line gaming and play the guitar.  I like spending times outdoors and camping.  Currently I’ve been trying my hand at painting. 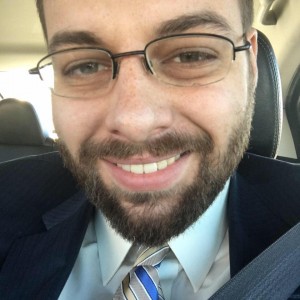 What other Org duties do you have?
Currently I’m just a player and a member of the new player team, though in the past I have been a sub-coord and Storyteller.

What Advice can you give New Nosferatu players who want to foster good relations with other clans?
Don’t be afraid to owe someone, weather that’s boons in the cam, or favors in the Sabbat or Anarch movement.  Debt forms communication and allows you an opportunity to show your worth.

A majority of information written on clans is geared toward their typical sect, leaving little information for what they should be like on the other side. In your view what do you think a Sabbat Nosterfatu should be like? Personality, Hobbies, Goals and such?
As a reflection of every other clan, the mainstream sabbat concepts should be much darker than their other sect alternatives.  Any concept a person want’s to make for role-play sake, that’s approved by storytellers, I’m 100% behind.  So I’m going to answer this questions more personally, and less generically.  I want to see a hardcore Cleoptra Nosferatu in the Sabbat who destroys the beautiful.

With Nos genre being interconnected to a far greater extent than as presented in the books, often enforced by previous Coordinators, how do you feel about PCs making efforts to divide the clan?
I have, and always will be, someone who wants to support the players in what they want.  I’m here to perpatrate story and progress that the players want, I’m no dictator or emperor of Nosferatu. I facilitate player goals both IC and OOC.

Given the many difficulties with information gathering, what is it about clan Nosferatu that you feel sets them apart from other clans in OWbN?

Honestly? I feel what sets them apart is the fact they are the most underpowered, underplayed and unappreciated clans in OWbN presently.  With a lack of structure, interesting content and mechanical niche’, I feel they are underwhelming.  Next term I hope to give them some teeth with the new packet I spoke of at midwinter.

Where do you buy your suits?
Men’s warehouse has always treated me well, but for my extra fancy ones I have a really nice tailor out of Joilet.

Do you feel as if there is currently a good balance between info
brokers, enforcers, and faces? 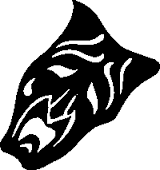 By title yes, but by action no.  I’m giving each of these a good mechanically different feel next term if I’m elected.  Currently, within certain regions, every Broker or face inevitably becomes an Enforcer.   With some certain mechanical implementation each sub-group is going to have a very different feel.

Do you have any advice for STs of information broker PCs? What can the STs do to assist their players to advance their characters?
Coaching is huge.  I’m all for personal plot involving NPC’s that give players suggestions or situations where they can experiment and learn tricks to be used on players.

Getting involved is also huge!  Travel to games, get to know people, owe some debt.  It’s the fastest route to selling info to players who travel less often.

The Nosferatu packet and Warrens information is a huge resource. How do you suggest that STs best provide for Nosferatu genre without things turning to a dungeon crawl through the warrens?

Ignore the packet in it’s present state.  We’ve been working on a new one for the better part of a year and hope to have it out next term.  It will give functional and mechanical benefits to nosferatu that spend the time working in downtime.  Without too many spoilers I can’t really answer this.

An answer for the now- Influence and Inter-Warren’s politics I see almost never used in plot.  That Ventrue Elder is building a bunker to store his blood?  It happens to intersect a Warren’s tunnel and causes portion of the warren’s to flood with River Water?  Sound’s like a job for regional Nosferatu and influences.

Neighboring Rat Beastmaster breached his containment and your warren’s are crammed full of rabbits?  Nothing agitates a creep more.